Torcello Island rests quietly in the northern Venetian Lagoon. In the Early Middle Ages, it used to be a large harbor: a nodal point in the trade-system between the East Mediterranean and Europe.

After the 11th century, the island was progressively abandoned, and trade activities were gradually moved to Venice. From that moment on, the island became a symbol of Venice’s birth. Historians transformed Torcello into the material site where the myth of Venice started.For all these reasons, the presence of previous historical narratives, the persistence of a collective image and a travelling path out of the more congested Venice’s destinations, Torcello’s site appeared to be the perfect location for the development of the Approdi pilot action.

More about the city 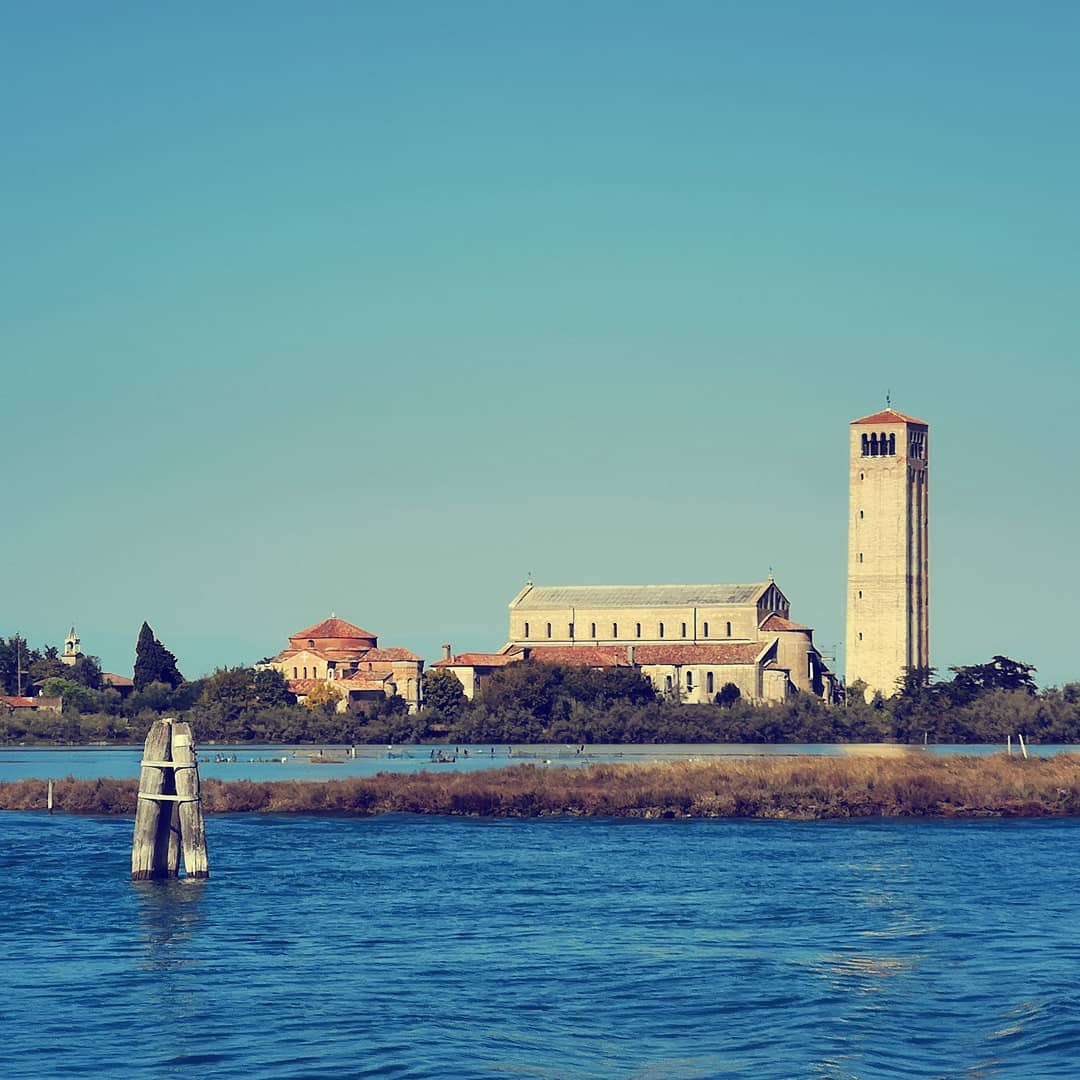 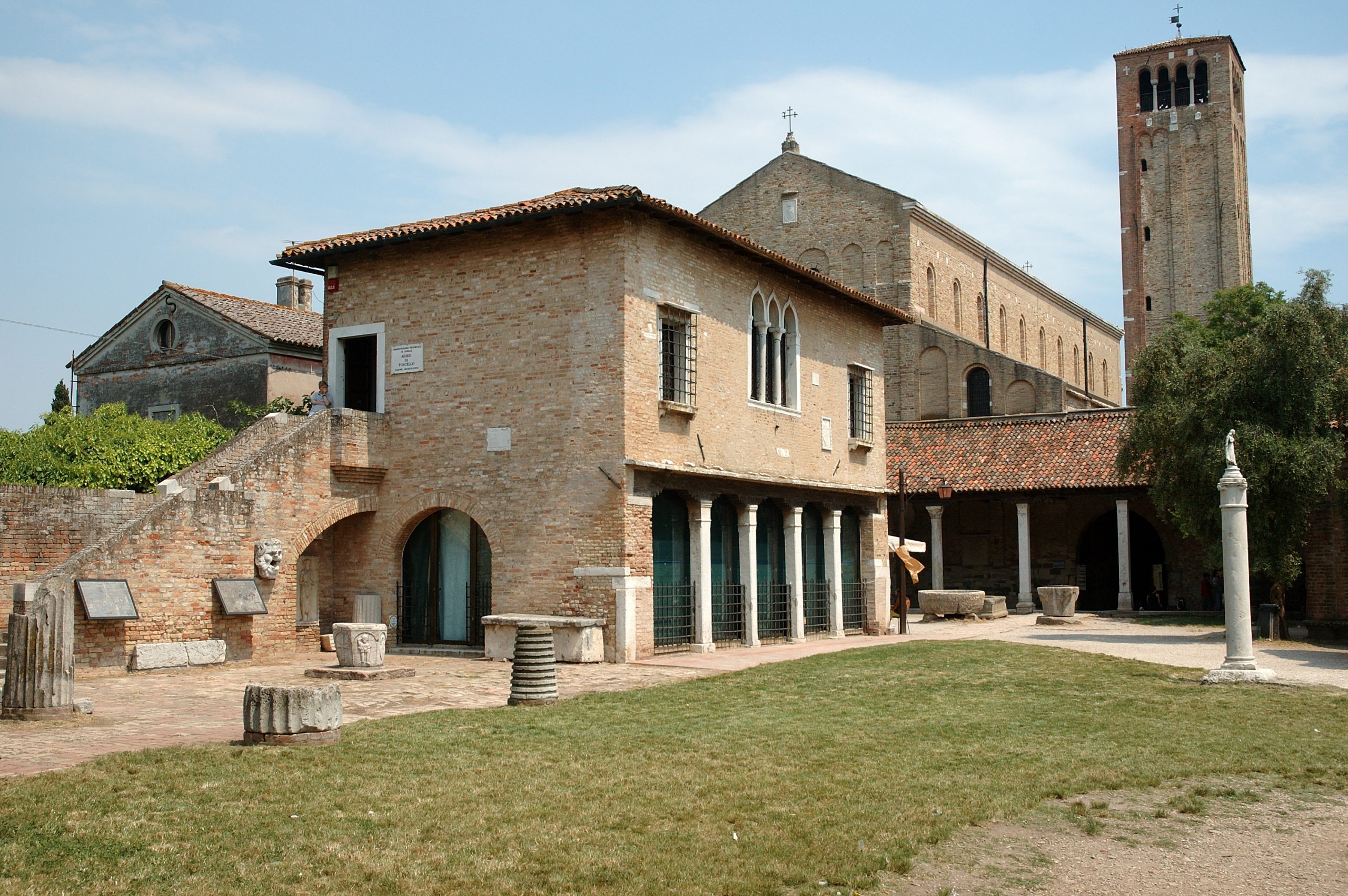 Torcello Museum was founded in 1870 by Luigi Torelli, Prefect of Venice, to preserve the artistic heritage of Torcello. The Museum bears witness to the old history of the island as landing space and a trade nodal point from the 1st century a.c. The Museum has two distinctive sections: the Archaeological Section and the Medieval and Modern Section. 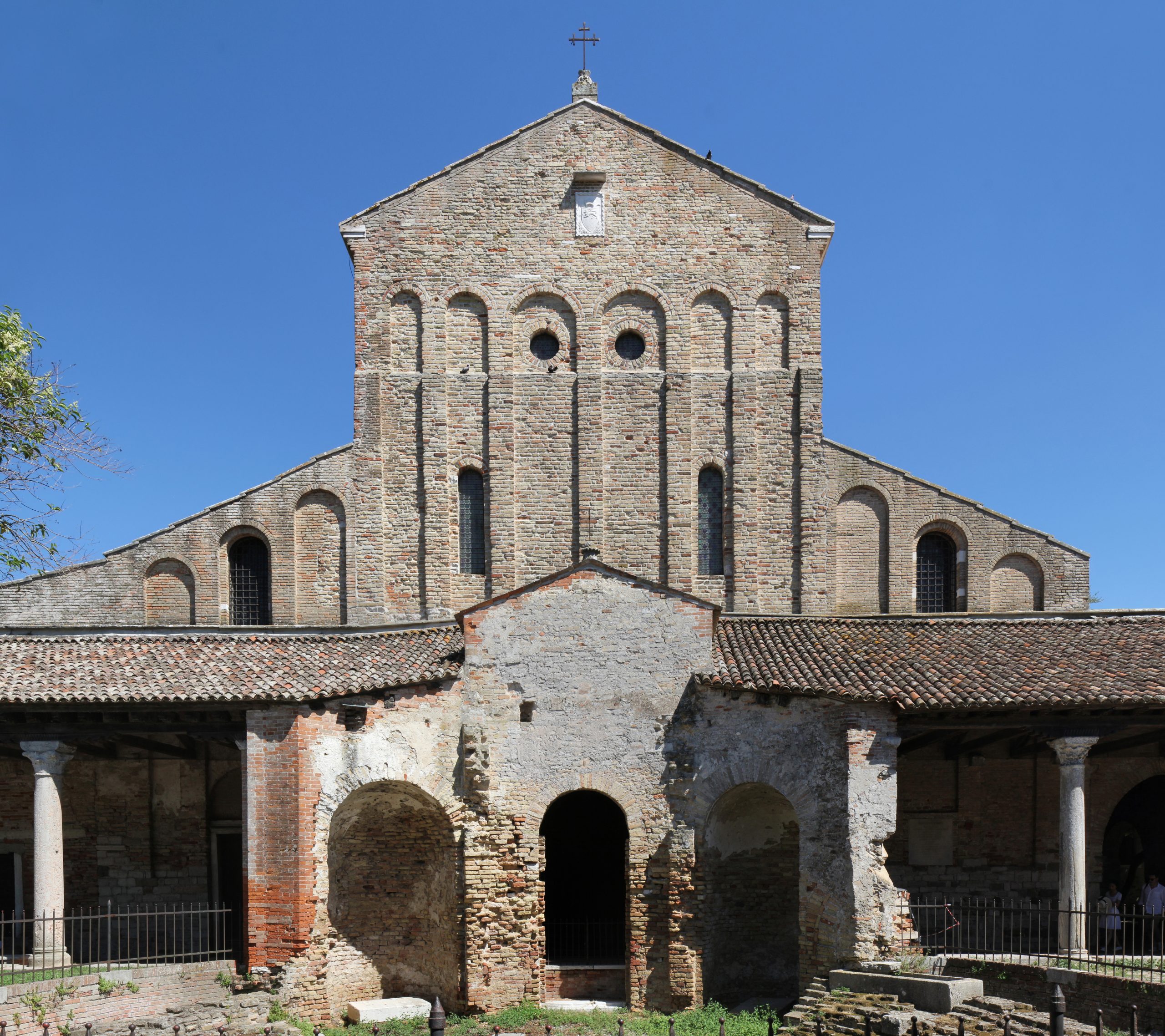 On the island’s square, it is possible to find the plain-jane brick facade of Venice's oldest monument and one of the prettiest churches in all of Greater Venice: the Torcello Cathedral or the so called Basilica di Santa Maria Assunta, whose foundation dates to 639 a.d.
The cathedral is famous for its outstanding 11th- to 12th-century Byzantine mosaics: “Madonna and Child” in the apse and “Last Judgment” on the west wall.

On the island of Torcello, in the square in front of the Cathedral of Santa Maria Assunta, there is an ancient stone chair named Attila’s Throne. Many legends surround the history of this throne. One of the most famous one has it that King Attila used the throne during the Huns invasion of Italy, while another says that if you sit on it, you will certainly return to Torcello. Despite these legends, we know for sure that the stone chair dates back to the 5th century, when the first settlers arrived on the island. The throne probably served as the seat of the so-called Magister Militum, the governor of the island 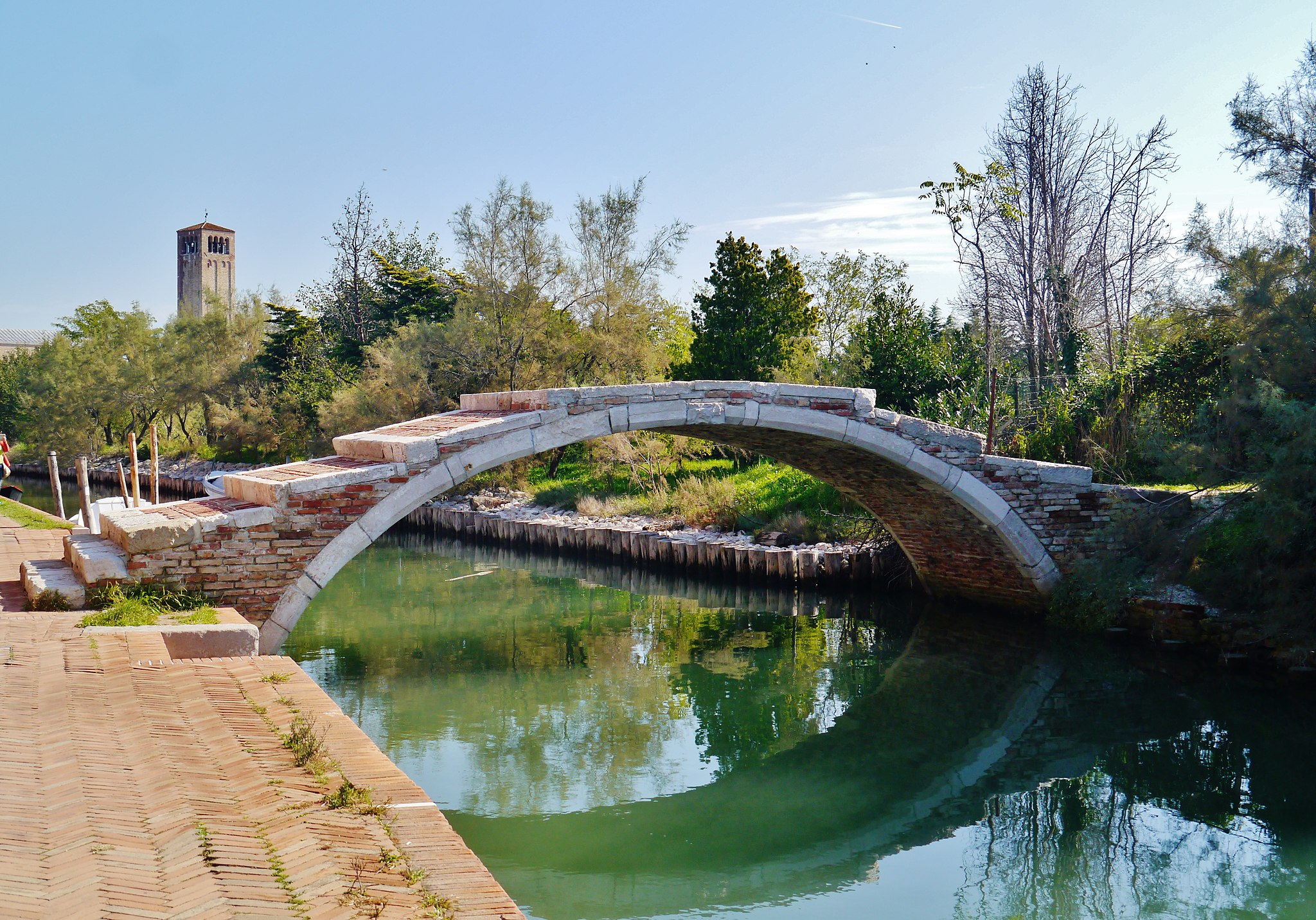 The Devil’s bridge is a marvellous stone bridge in the Torcello lagoon. The name of this bridge comes from an old legend about a girl and evil witch. The legend has it that during the Austrian domination over Venice, a young lady fell in love with an Austrian soldier, who was subsequently killed by her family as they opposed their relationship. The mourning girl asked a witch for help and she agreed to meet her on the island of Torcello: an isolated place, ideal for magic rituals. The witch evoked the devil who agreed to bring the girl’s lover back to life in exchange for another soul. So, the witch promised him to bring him a dead child’s soul in the next seven days, on Christmas Eve. Nevertheless, the witch died a few days later, unable to pay off her debt.
So legend has it that, on December 24th, the devil comes to the Devil's Bridge, taking on the appearance of a black cat, claiming his promise. 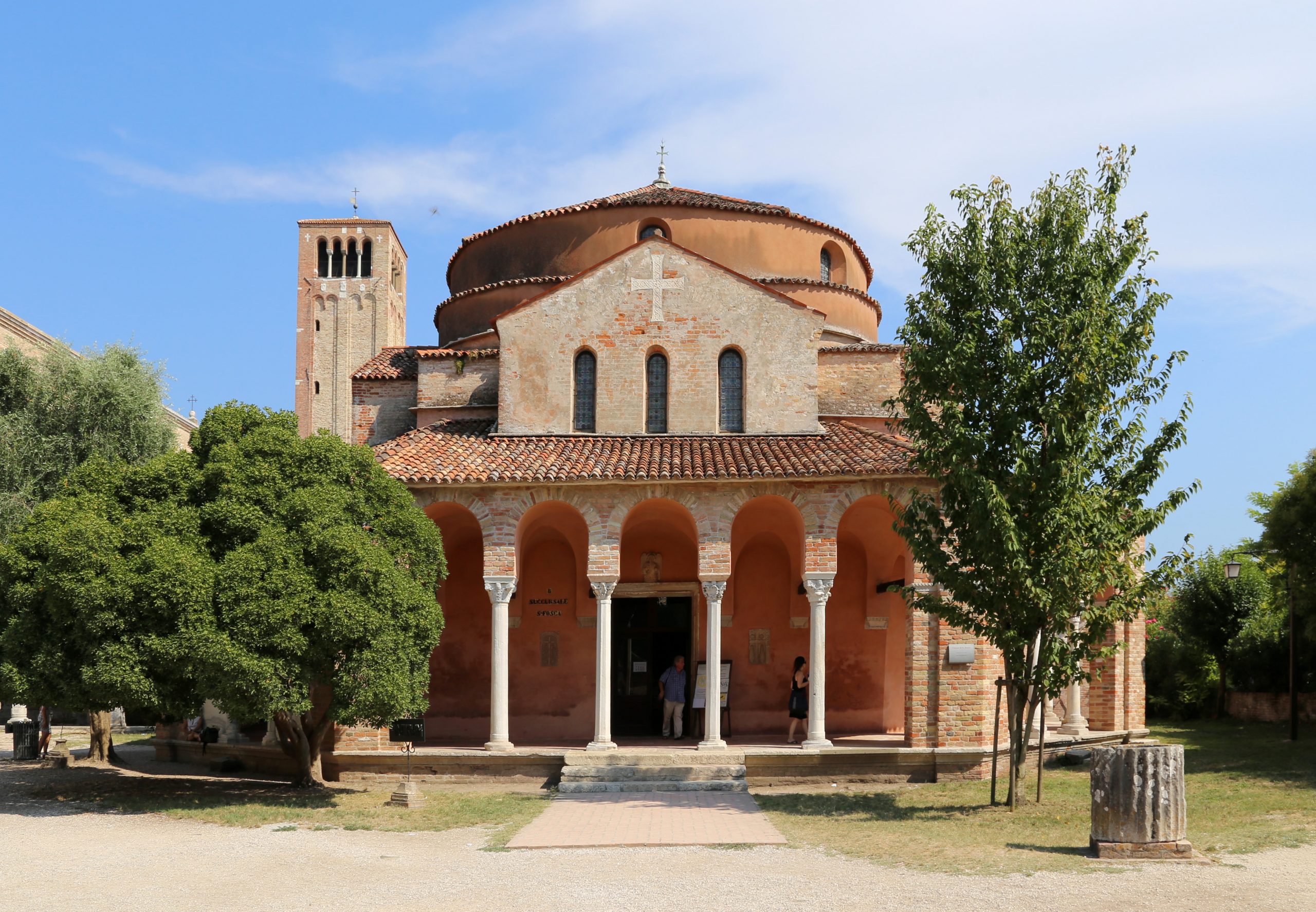 Close to the Santa Maria Assunta Cathedral, on the town’s square, there is the small church of Santa Fosca: a mausoleum built for Saint Fosca, a martyr whose bones were brought to the island in 1011. Santa Fosca is the perfect example of the Venetian- Byzantine architectural influences. In fact, the church presents a round dome and a greek cross: one of the most important characteristics of Byzantine architecture which will later become a dominant theme of Venetian architecture as well.

The main aim of this pilot action was to test the feasibility of a master plan for an innovative coastal and lagoon archaeological park with zero impact and zero infrastructures. The whole approach is based on the idea of developing new  forms of cultural tourism that include the active participation of local stakeholders, tourists and local community. The Venice Early Medieval Harbor pilot case allows the public and tourists to participate in archaeological excavations and restoration processes, having the possibility to interact with archaeologists and scientists, from a “Live archaeology” perspective: organizing guided tours, special events, debates and press tours.

Since Torcello lies below the sea level, the creation of permanent parks or archaeological areas implies massive transformations, high costs of maintenance and a potential, substantial loss of information during the construction works. For these reasons, the Torcello pilot case was designed as a living experience, bridging together archaeology, cultural heritage studies and the community. Having “open excavations” allowed the public to witness the discovery of highly perishable materials like wood and leather, which are rarely restored and exposed in museums, but also ancient structures such as fireplaces, wheel chambers and kilns. A general effort that also served as an attempt to valorize the Torcello Archaeological Museum as a tourist destination, by including it in the tourist circuit and itineraries of tour operators.

The involvement of local stakeholders such as tourist guides and restaurant owners is an important step in trying to educate the whole community about the benefits of developing new tourism offers that take into account both the local cultural heritage and sustainability practices.

View of the top of Torcello’s bell tower

Aerial view of the Torcello island

The water entrance of a house