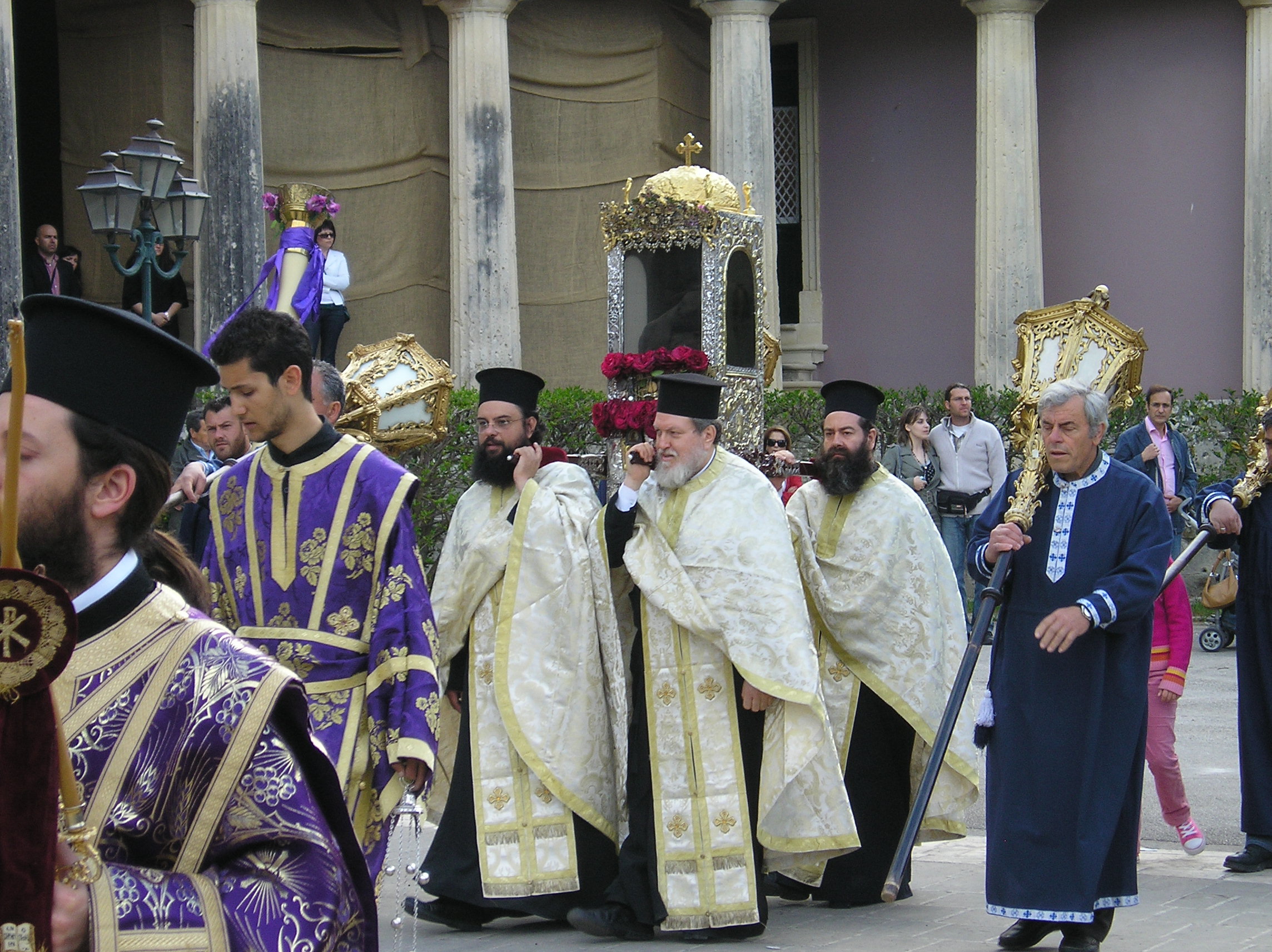 The history of the island is closely associated with St. Spyridon, the patron Saint of Corfù, who was a Cypriot bishop born in 270 AD. During the last years of his life he performed a great number of miracles, which was the reason why people considered him a Saint before his death. The holy remains of the Saint were kept in Cyprus for over 300 years. In the second half of the 17th century the Saint’s body was carried to Constantinople, until the fall of the city to the Turks in 1453.

Shortly after the Turkish conquest, the priest George Kalochairetis carried off the body of the Saint, together with that of Saint Theodora and he brought them to Corfu in 1456. Since that year St. Spyridon has never ceased to be the object of devout veneration by the faithful.His feast day is celebrated in the East on the Saturday before Great Lent (known as “Cheesefare Saturday”) and December 12.

There are four annual processions taking place in Corfu in remembrance of four miracles wrought by the Saint. These were first established during the period of Venetian rule and are still held every year.

The great Palm Sunday procession commemorates the miraculous deliverance of the island from a deadly plague and comes second in order of antiquity. In 1629 Corfu was stricken by the plague. The inhabitants of the island gathered in despair in St. Spyridon’s church and prayed to the Saint for salvation. From that day the number of deaths was reduced. At the same time a light, like that of a small lamp, was observed by the night sentinels of the Old Fortress. By Palm Sunday the epidemic was over and this was ascribed to the miraculous interception of the Saint.

The Easter Saturday procession, first held in the second half of the 16th century, commemorates the relief of the island from famine and is the oldest of the four.

It is combined with the Orthodox ritual of carrying the ‘Epitaphios’, a gilt bier representing the body of Jesus Christ being borne to the grave. This custom dates back to 1574, when the Venetian Senate prohibited the Greek Orthodox procession of the ‘Epitaphios’ taking place on Good Friday. That’s why the procession was moved from Good Friday to Easter Saturday, exclusively for the church of St. Spyridon.

After the procession the Saint’s body is exposed for three days for general worship. The story of the procession dates back to the middle of the 16th century. According to the legend the inhabitants were suffering from famine. Unexpectedly on Easter Saturday, ships loaded with flour sailed into Corfu harbor. They were sailing past the island and had been diverted by St. Spyridon, who appeared in one of the captain’s dreams and told him to change their course and sail at once to Corfu because the population was starving.

The third procession is held on 11th of August in remembrance of the Saint’s deliverance of the island from the Turkish siege in 1716. The legend of the Saint mentions that St. Spyridon appeared to the enemy holding a flashing sword and pursuing them. After the procession the Saint’s body is exposed for general worship for three days and two nights. The procession was first held in 1717.

The last of the processions of St. Spyridon is that on the first Sunday in November in commemoration of the miraculous interception of the saint in saving Corfu from a deadly plague. The plague was first identified in the suburbs and soon spread all over the town. Then suddenly at the end of October it stopped after bringing death to thousands. For three nights a light was seen in the bell-tower of St. Spyridon’s church and the figure of the Saint appeared carrying a cross driving the plague away. At the request of the people of Corfu, the Venetian Governor allowed the procession to be held every year on the first Sunday in November.