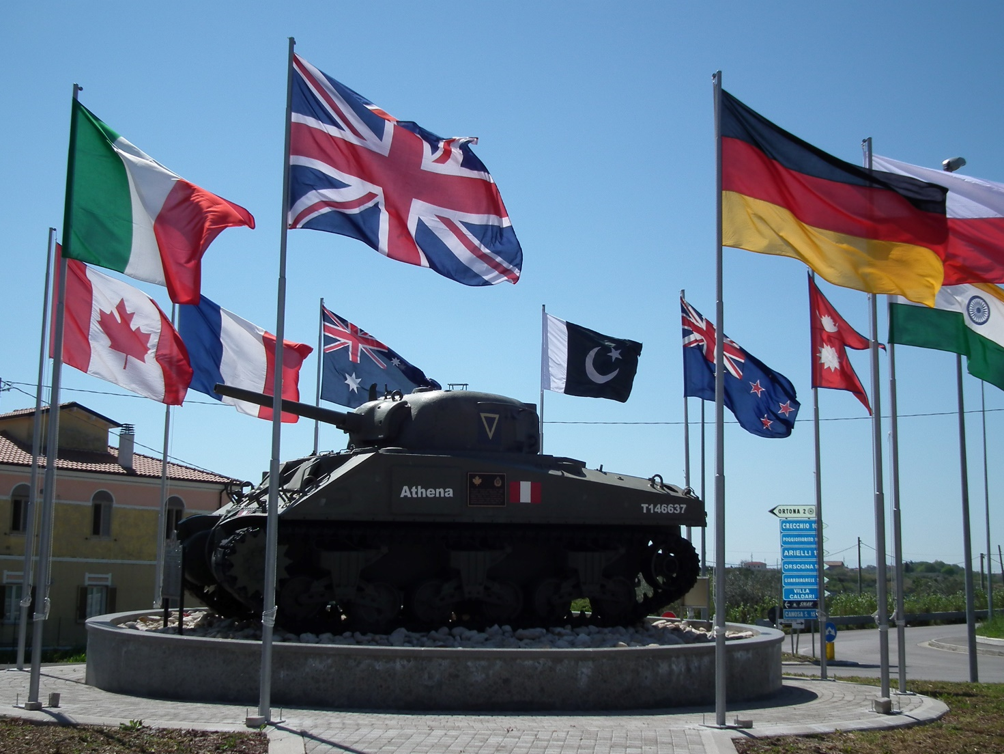 In 2006, a group of Canadian veterans decided to give this tank to the city of Ortona as a peace symbol to remember the Battle of Ortona. This battle took place during the Moro River Campaign fought between elements of the British Eighth Army and LXXVI Panzer Corps of the German 10th Army. Lasting from 4 December 1943 to 4 January 1944, the campaign occurred primarily in the vicinity of the Moro River. This battle ended up being a cruel and bloody event often compared to the Battle of Stalingrad. The very same Hitler gave to order to defend the city until the last man. During the battle, 1.375 Canadian soldiers, 1.300 civilians and 867 German soldiers died. Nowadays, this tank is a famous symbol of peace.