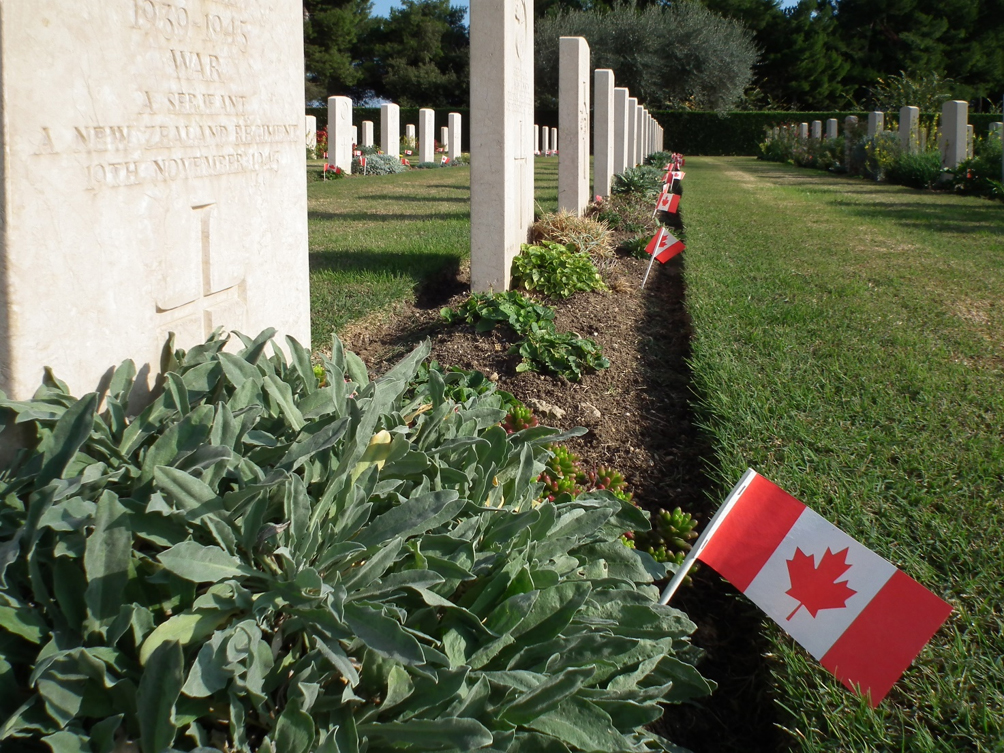 Located in the so called “San Donato” area, this cemetery hosts the remains of British Commonwealth soldiers, mostly Canadian soldiers, died ​in december 1943 during the battles to cross the Moro river and later also during the Battle of Ortona. There are 1665 fallen soldiers: 1375 from Canada, 169 from UK, 4 from Australia, 42 from New Zealand, 16 from South Africa, 5 from India, 2 other nations, 52 unknown. This cemetery holds the greatest number of Canadian fallen in Italy.